1. the columns of all Stage light trusses are now attached and secured on the ground.

2. all the crossbeams are also connected and secured on the ground.

3. erect any two adjacent columns, making sure that someone is holding and securing them to prevent them from falling over.

5. after the beams are connected, someone must hold them below to prevent them from falling down.

6. put up one of the uprights and connect the other beam to it in the same way, taking care that the latter one is connected at an angle to the former one so that the erected trusses will not fall down.

7. after all the uprights are erected, connect all the crossbeams and check whether the screws are tightened to prevent slippage.

Truss throughout the usual life, the use of raw materials, the choice of better quality aluminum alloy material, can ensure the role of Stage light truss quality. A good stage and Stage light truss are inseparable, and it is important to seek advice from relevant people in the process of building the stage.

Shizhan Group can plan the Stage light truss according to the characteristics of the goods, and then add the conceptual LOGO signage, so that the user's goods eye-catching display in front of the public, and then increase the role of publicity and advertising of goods, Shizhan Stage light truss worth everyone's choice.

Round tube truss, as the name implies, uses cylindrical aluminum profiles welded into a single truss unit, whose four main round tubes are welded and often cannot be folded, while the profile of square tube truss is square column type, which is of course only one of the differences between the two.

In addition, it is not difficult to find that square tube truss is the more common type of truss on the market, because its bearing capacity is large enough, and at the same time, it does not need to be connected with a square head during installation, which is more convenient and stable, so it is very widely used. Round tube joist needs to be connected with square head, although its supporting weight is also large, but the installation cost is increased compared with square tube joist.

Shizhan Group summarizes: square tube truss is beautiful in appearance, style and function, and can be reused, which is very suitable for wedding company, corporate exhibition and other activities, while round tube truss, with strong bearing capacity, needs square head for corner construction, which is suitable for large span construction. 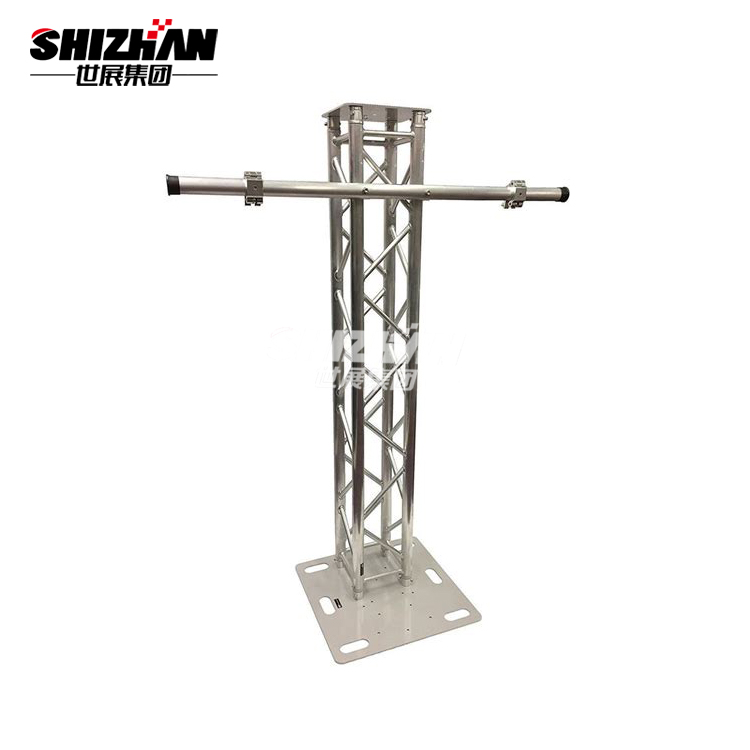 What you need to know before and after buying a lighting truss?

What maintenance work is needed after the Stage lighting truss is built?

The knowledge of the stage lighting truss You need to know

The development and demand of aluminium lighting truss