Why do we promote ring lock scaffolding coupler?

The second is the better image of the civilized ring lock scaffolding coupler building. The surface of the ring lock scaffolding coupler is treated with hot-dip galvanizing, which is not easy to fall off paint and rust. Poor and other disadvantages, rainwater is not easy to erode, not easy to rust, and the color is uniform, and the large area of silver looks more atmospheric and beautiful. There are no loose screws, nuts, fasteners and other accessories on the ground in the frame erection area. The civilized construction in the area where the frame is erected is better. 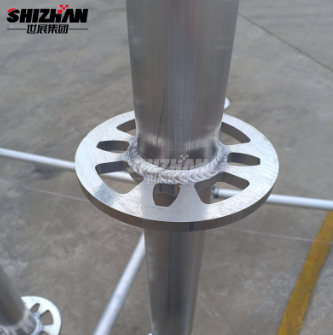 Also known as plug-in scaffolding, roulette scaffolding, and buckle-disc scaffolding. The socket is a disc with a diameter of 133mm and a thickness of 10mm. There are 8 holes on the disc. The main component is made of φ48*3.5mm and Q345B steel pipe. Rod bottom with connecting sleeve. The cross bar is a plug with a pin welded on both ends of the steel pipe. 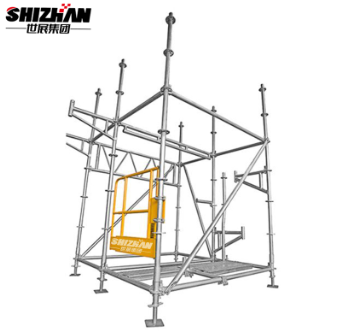 The height of double-row outer scaffolding and formwork support should not exceed 24m; when it exceeds 24m, it should be specially designed.

The poles on the first floor of the scaffold should be staggered with poles of different lengths, and the vertical distance of the staggered poles should not be less than 500mm.

(2) Provisions for the setting of connecting wall parts 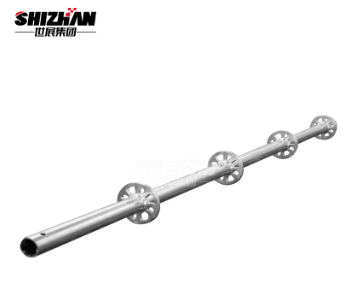 (3) Provisions for setting up operation layers

The hook of the steel scaffold must be fully buckled on the horizontal rod, the hook must be in a locked state, and the scaffold on the working layer should be fully paved.